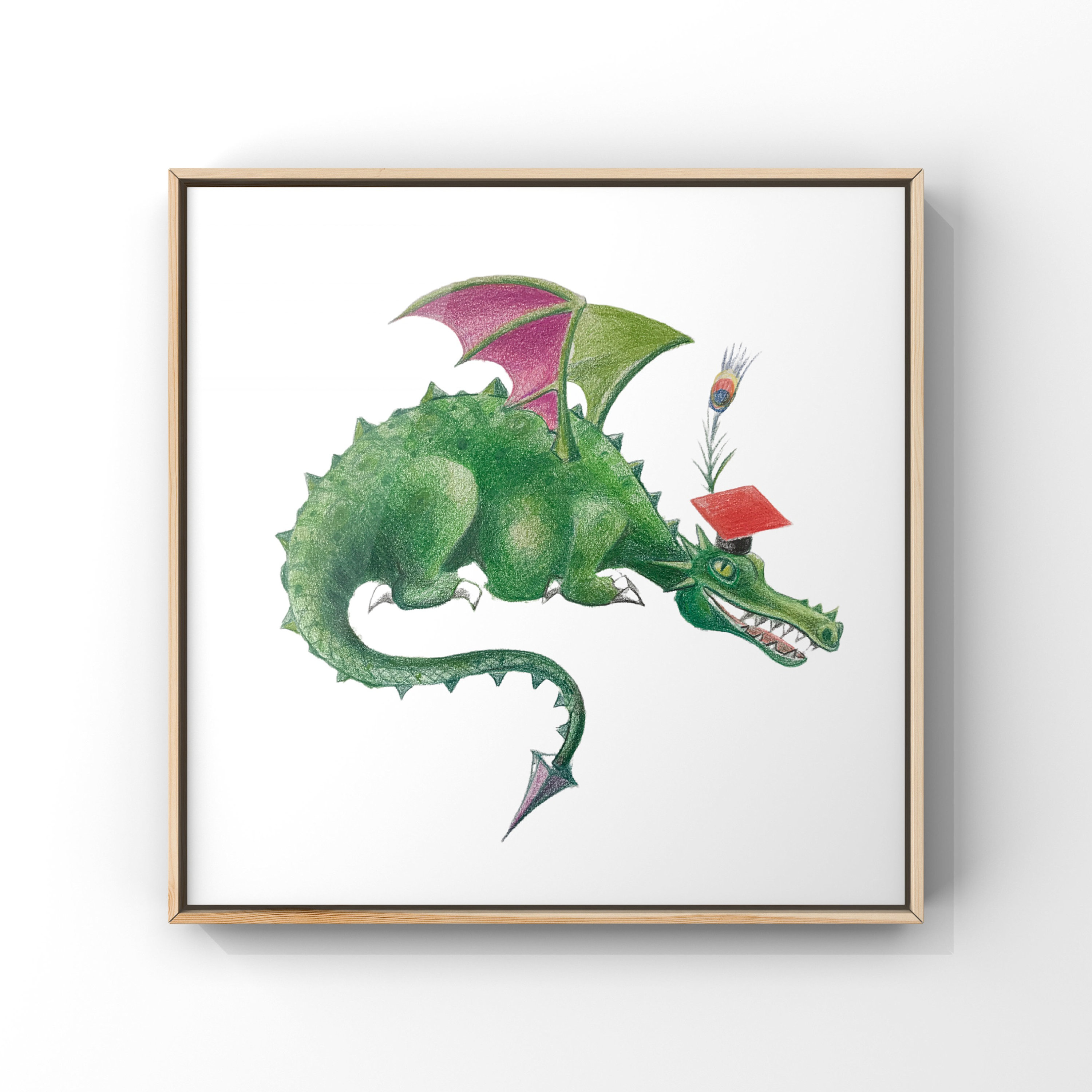 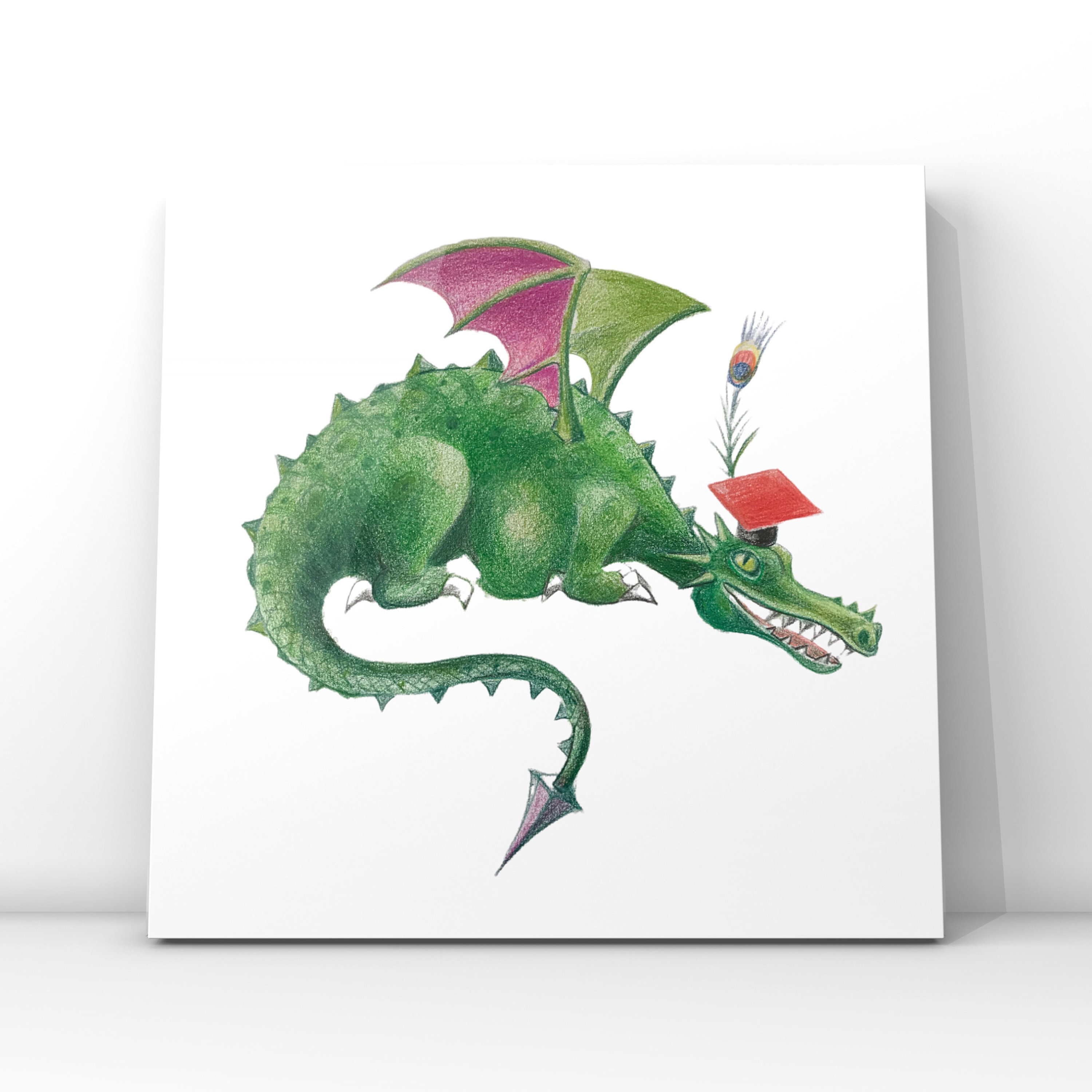 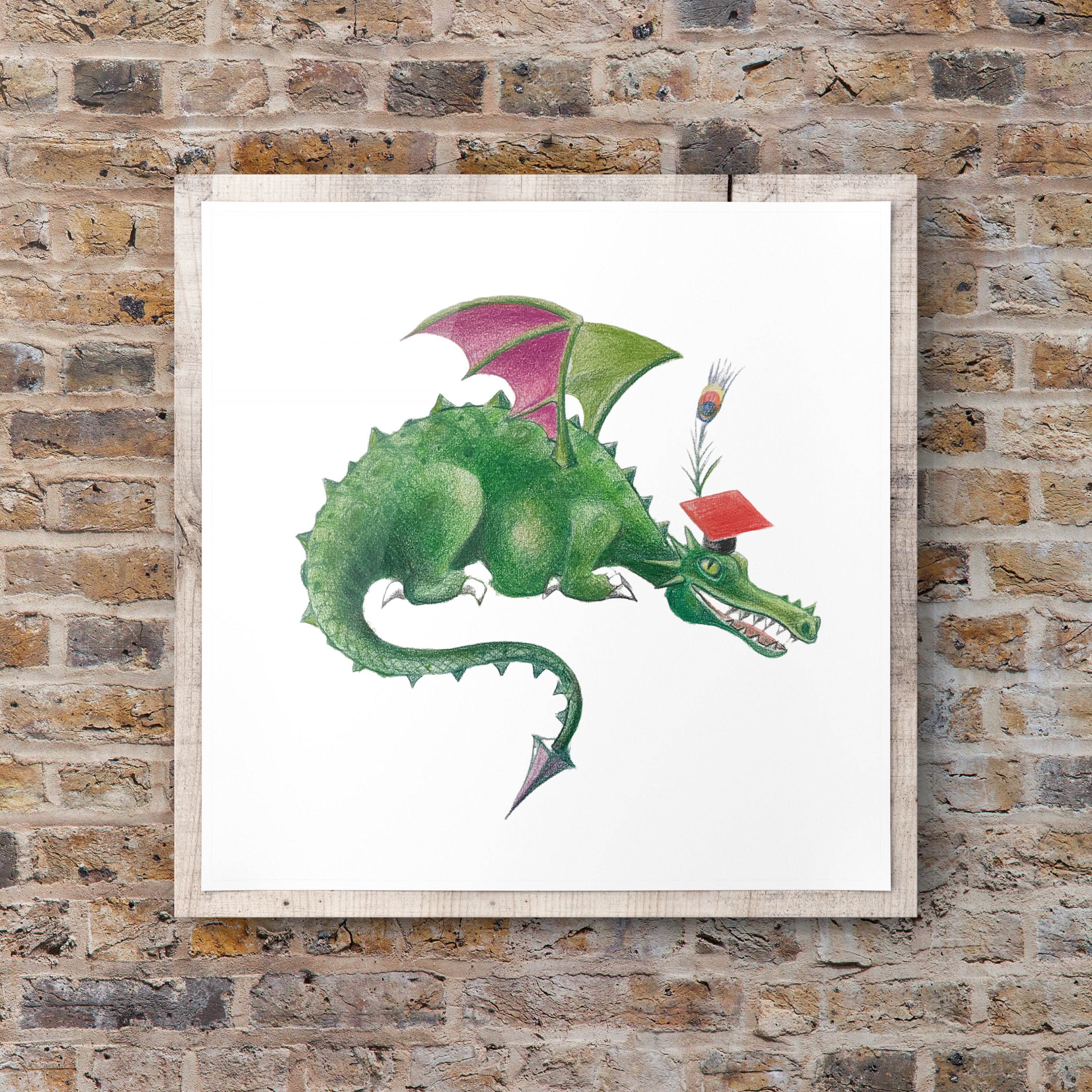 Print Size: A4, A3, A2
All of my limited edition prints can be printed in a range of sizes eg A5, B2. Simply message me for details. Each print is signed and numbered on the front.


Note that the colours may vary from screen to screen.

Thank you for taking the time to look around my shop!

Please note that this listing is for the print only. The frame and accessories are not included.

All products are copyright protected.


The legend of the Wawel Dragon

Centuries ago, during the reign of King Krak, the founder of the city of Kraków, a dragon settled in a large cave on the slope of Wawel Hill. It was a huge animal with a mouth and a long tail. It ate sheep and cows that people grazed in the meadows along the Vistula River.

The king decided to give his daughter's hand to whoever slayed the fierce dragon. Knights began to come to Krakow in more and more crowds, but none of them managed to defeat the dragon.

Then a young shoemaker Skuba appeared at the royal court, who promised that he would deal with the dangerous beast. The entire retinue of the knights surrounding the king laughed, treating the shoemaker's words as a good joke. However, Szewczyk did not get discouraged easily. The next day, he obtained a sheepskin, stuffed it with sulfur, and displayed it in front of the dragon's lair. The dragon, attracted by the sight of a tasty snack, quickly grabbed the ram and ate it.

Then the sulfur began to burn his belly, the dragon breathed real fire. Wanting to ease the burning pain, the dragon began to drink water from the Vistula River. He drank and drank and grew bigger and bigger until it burst.

And this is how the clever, inconspicuous shoemaker freed Krakow from the dangerous dragon. In return, he was given the hand of a princess with whom he lived happily ever after.

I gladly accept returns and exchanges

Ship items back to me within: 30 days of delivery

But please contact me if you have any problems with your order.

The following items can't be returned or exchanged

Because of the nature of these items, unless they arrive damaged or defective, I can't accept returns for:

0 items in your cart